The ceremony started at 6pm with the Sig of the Cross, prayers for forgiveness and the Liturgy of the Word.  Afterwards, Rev. Simon Godfrey shared with us some reflections on the role of the priest in the Anglican Church and the Roman Catholic Church and on the importance of a holistic formation for seminarians on their way to priesthood.  Then we exchanged peace and recited the Nicean Creed. We said some prayers and the celebration came to an end with the Lord’s Prayer. 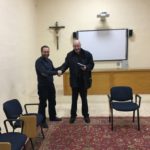 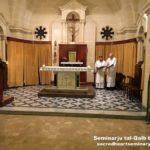 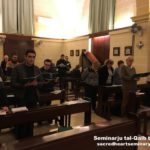 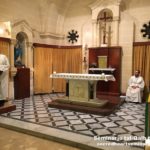 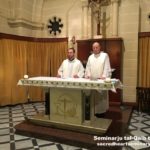 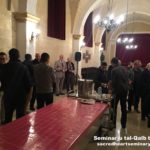 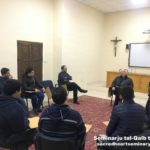