A lectio divina is being held in the Seminary chapel every third Thursday of the month, at 7.30 pm, for members of L-Aħwa Ħbieb tas-Seminarju (Brothers and Sisters Friends of the Seminary). 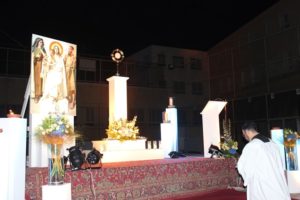 A Vigil of prayer is held once a year before ordinations to the Deaconate and Presbyterate, as announced beforehand. At the end of the Vigil, Eucharistic adoration continues through the whole night in the Seminary chapel.

The Seminary chapel is used every day by the Major Seminary community where they have Mass and meditation every morning and adoration in the evening.