The Beginning of another Year of Formation at the Seminary

The summer holidays are over and the Seminary opened its doors again to welcome the Seminary community for a new year of formation.  Although summer is a time of relaxation, the community honoured its commitment to meet once a month for a half-day retreat at Stella Maris Retreat House in Żebbuġ.  The first retreat was led by Vice Rector Fr Gabriel Gauci.  Fr Giovanni M Curmi led the second retreat. 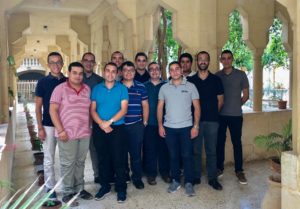 On Monday 23rd September, Rector Fr Richard Nazzareno Farrugia led the celebration of the Holy Mass in which the seminarians participated.  After Mass, the seminarians shared their personal summer experience.  On Tuesday 24th September, the community met at St Peter’s Monastery in Mdina for a retreat which lasted till Saturday of the same week.  Fr Daniel Sultana, Pastoral Secretary of the Diocese, led the retreat which was based on Jesus’ call to the first disciples, taken from the Gospel of St Luke (Lk 5, 1-11).

On Monday 1st October, life at the Seminary came in tune with its day-to-day routine.  The 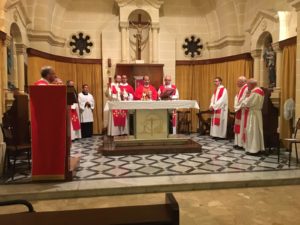 official academic year 2019-2020 started on Thursday 10th October with the celebration of the Mass of the Holy Spirit said by the Rector.  Lecturers, relatives of the seminarians and Aħwa Ħbieb tas-Seminarju participated in the celebration.  Guests were then entertained in the Seminary hall.