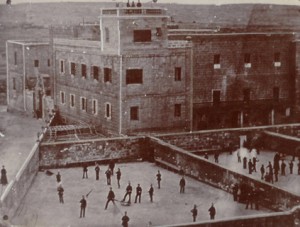 The building which now houses the Seminary knows its origin to the munificence of several persons who in 1778 decided to erect a new hospital for women in the island of Gozo. The former Saint Julian Hospital, founded in 1454, was proving itself too small. The venture was made possible through a sizable donation of the Grand Prior of the Conventual Church of Saint John, Fra Melchior Alferan, through bequests of the Reverend Joseph Agius and his sister Rose Pluman, and, finally, due to the encouragement and help of the Bishop of Malta and Gozo, Vincenzo Labini, who promised to meet one third of all costs. Their portraits still hang in the Seminary corridors.

Bishop Labini laid and blessed the first stone on 3 May 1783. Work progressed briskly under the direction of Don Gianmarija Cauchi, and, due especially to the free work offered by many Gozitans the new Saint Julian Hospital was soon able to receive the first patients. It consisted of two halls of the letter L and had a bed-capacity of fifty. Later on some beds were set aside for incurables and a maternity for unwed mothers was also provided. In 1838, its scope was greatly reduced as the Saint John the Baptist Hospital for males was opened also to women. The Saint Julian Hospital closed down on 30 November 1864. 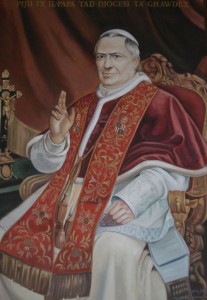 Meanwhile, on 16 September 1864, Blessed Pope Pius IX had established Gozo and Comino as a separate Diocese. After a suggestion by the promoters of the Diocese, the Bull of Erection, Singulari Amore, stipulated that the Seminary of the new Diocese should be housed instead of Saint Julian Hospital. The new bishop of Gozo, Mgr. Francesco Buttigieg soon ordered its closure and through his Vicar General and the chief promoter of the Diocese, Monsignor Pietro Pace, he engaged a Roman architect to prepare a plan for its conversion. Through the efforts of the indefatigable Mgr. Pace, work soon got under way.

On 28 May 1865, the bishop asked Fr. Pierre-Jean Becks, Superior General of the Society of Jesus, to allow the Sicilian Jesuits to take over the running and direction of the new Seminary. This he accepted and on 11 September 1866, three Jesuits arrived from Sicily to assume the responsibility of the Seminary: Fr. Antonio Tommasi S.J., who was to be the first Rector, Fr. Salvatore di Pietro S.J., who was to be the first Minister and at the same time teach Mathematics and Physics, and Brother Antonio Ardagna S.J. Bishop Buttigieg, who had worked so hard to set this new venture on a good and solid basis, unfortunately died the previous July and the official opening was delayed until the election of his successor. 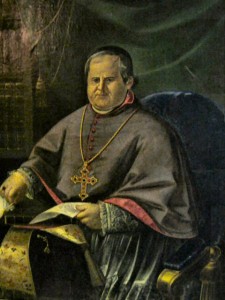 The inauguration eventually took place on 4 November 1866, in the afternoon. The ceremony was presided over by the Apostolic Administrator of Gozo, H.L. Mgr. Paolo Micallef O.E.S.A. and the Provincial of the Sicilian Province of the Society of Jesus, Fr. Pietro Fontana S.J. The inauguration address was delivered by the Vicar General Mgr. Pietro Pace, later Bishop of Gozo (1877-89) and Archbishop of Malta (1889-1914). On the previous 15 September, he had blessed the new chapel in the Seminary, initially dedicated to Saint Julian, but since 8 December 1866, it was rededicated to the Immaculate Conception. That same day, the spiritual director, Fr. Salvatore Spinelli S.J. founded the Marian Congregation with sixteen members. In remembrance of the inauguration three marble coats-ofarms were eventually placed over the door of the Seminario del Gozo: one of Pope Pius IX flanked by those of Bishop Labini on the left and Bishop Buttigieg on the right.

The Jesuits did much to enhance the standard of education at the Seminary and indeed, the reputation of this school spread far and wide. So much so that, from the very beginning, not only the sons of the best families in Gozo, but also many intellectually talented boys from Malta and even from Sicily, attended the Jesuit-run Seminary. In the Minor Seminary, boys were prepared for the University of Malta Matriculation Examination, and for long years many were those who obtained brilliant results. The Major Seminary made a very good name for itself for the seriousness and high standard of the studies and for the number of holy and zealous priests it turned out. 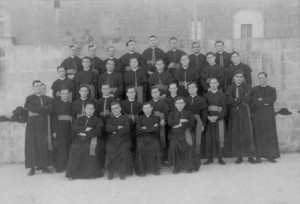 On 24 June 1881, during the rectorship of Fr. Vincenzo Deccoradi S.J., the Seminary was solemnly consecrated to the Sacred Heart of Jesus, and henceforth named Seminarium Gaudisiense SS. Cordis.

The Seminary also became the centre of many ecclesiastical and cultural activities of the Diocese, and the Jesuits held meetings for priests, gave public lectures and talks, held religious activities and produced dramatic shows both for the Seminarians and for the people at large, many of whom came even from Malta.

Owing to certain administrative difficulties as well as to shortness of personnel, the Sicilian Jesuits left the Seminary on 9 August 1909. Bishop Giovanni Maria Camilleri passed over its running to Diocesan priests. In the first months the Rector was an Italian priest but after 1910 most of the Rectors were Gozitans. Since 1970, the Sacred Heart Seminary has again been directed by a Jesuit till 1997.

The Seminary, under the guidance of Bishop Mario Grech, the eighth successor of Bishop Buttigieg, still enjoys to a great extent the good name it originally achieved. The immense influence that it had in the educational and cultural fields in Gozo cannot be denied particularly when one realizes that for a long time it was practically the only secondary school in the island and that a vast number of Gozitan priests, men of profession, civil servants and businessmen, nay even Maltese, owe their secondary education to the Seminary.

By its decree of 13 April 1994, the Congregation for Catholic Education affiliated the Seminary to the Pontifical University of Saint Thomas in Rome, and Seminarians who successfully complete the course of theology are awarded the degree of Baccalaureate in Sacred Theology by the University.

Around 600 Gozitan priests and many other Maltese have been trained there. Among its ex-alunni, the Gozo Seminary is proud to number 3 former Presidents of the Republic and the Archbishop emeritus of Malta. 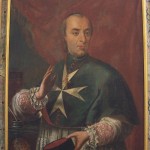 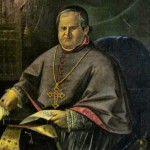 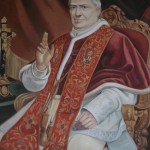 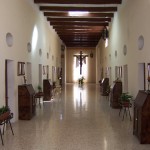 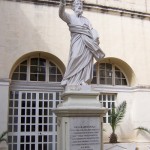 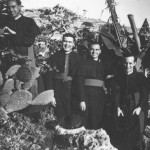 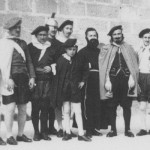 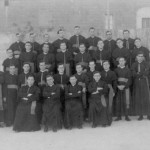 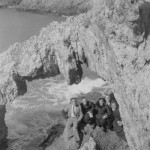 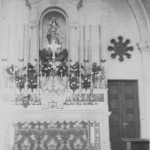 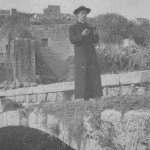