The Brothers and Sisters, Friends of the Seminary

On the 8th December, 2010, feast of the Immaculate Conception, the group L-Aħwa Ħbieb tas-Seminarju was founded.  The aim of this group is to help the Major Seminary of our diocese in its spiritual and material needs.  The name of the group was inspired by the icon of the two sisters, Martha and Mary, and their brother Lazarus, friends of Jesus.  This icon is found in the Gospel of St John.  “Jesus loved Martha and her sister and Lazarus very much” (Jn 11:5). 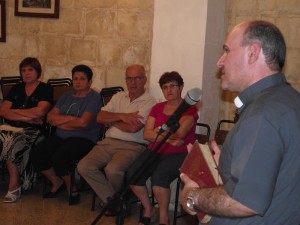 Inspired by this family of two sisters and their brother, friends of Jesus, our Seminary wished to be surrounded by a family of friends who would help in the formation of seminarians for priesthood.

The aims of this group are three: 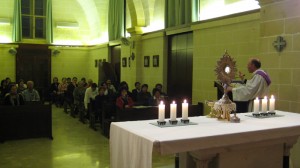 At the house of his three friends, Jesus praises Mary for having “chosen the better portion” when “she sat at the Lord’s feet and listened to his words” (Lk 10:42).  Following Mary’s example, L-Aħwa Ħbieb tas-Seminarju  are called, first of all, to sustain the seminarians with their prayers and to pray for vocations. This is done by means of a spiritual adoption of a seminarian assigned to them.  The adopted seminarian remains anonymous.  The members are called to pray daily for him and to make sacrifices on his behalf.

Once a week, preferably on Thursday, they are called to spend half an hour at the feet of the Eucharistic Lord and pray for the seminarians, for vocations and for the sanctification of priests.  They can do so by partecipating at the Eucharistic adoration which is usually held in most parishes.

Besides this, once a month the members are aslo invited to participate in a prayer meeting in which the Word of God is read and meditated in the form of lectio divina. This will be held at the Seminary every third Thursday of the month. 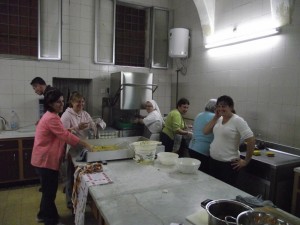 (b) to help the Seminary in its material needs

Like Martha who “served” Jesus (Jn 12:2), L-Aħwa Ħbieb tas-Seminarju are also called to help the Seminary to meet its material needs.

The members are called to help in the organization of fund-raising activities in aid of the Seminary, and also to offer voluntary service or lend a helping hand in the various daily needs, each one according to his or her abilities and skills. 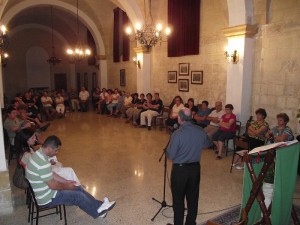 After Jesus had raised Lazarus from the dead, “many of the Jews who had come to visit Mary, and had seen what Jesus did, put their faith in him” (Jn 11:45).  Following this strong experience of Jesus, Lazarus too became a disciple of Jesus and for this reason “the chief priests planned to kill Lazarus too, because many Jews were going over to Jesus and believing in him on account of Lazarus” (Jn 12:10-11).

Like Lazarus, L-Aħwa Ħbieb tas-Seminarju are called to become “disciples” in their everyday life.  In this way, through them, the presence of the Seminary can be felt in the parishes and the environment where they live and work.  First of all, they do this by being witnesses of a life full of enthusiasm and love for the Seminary, vocations and priesthood.  Secondly, when asked by the Seminary, and with the permission of the parish priest, they distribute printed matter regarding vocations in the territory where they live.

The Group welcomes new members at any time and whoever is interested can phone 21556479.  This invitation goes particularly to lay people, single or couples, who have the Seminary and vocations at heart. It goes also to those who already make part of some other religious group in their respective parishes.  Perhaps L-Aħwa Ħbieb tas-Seminarju itself encourages its members to be involved in the journey of faith of their respective parishes.